The Story of Us: Part One

I am not the “mushy, romantic” type, but hey, it’s almost Valentine’s day and I thought I’d be cliché. =) (For the record, I kinda think Vday is a ridiculous holiday)


Anyway, this turned into such a long post that I decided to split it up into parts. (It was really fun to write).

Part One: A Dating Story

I met Goose when we both started working as servers at the same restaurant. I was 18 and he was 22.(By the way, Goose is a nickname he has had since high school. Him and a friend were called goose and maverick).


Honestly, My first impression of David/Goose- NOT good. It was definitely not love at first sight.


Okay … number 1: he wore high-water pants… like, he seriously had the same pair of jeans for 6 years and he never updated even though his legs grew 3 inches. (of course, his excuse was that they were only work pants, and why would he buy a new pair of jeans just to wait tables. Whatevs.)


He also had shaggy jet-black hair (that he dyed himself) and pork-chop sideburns. He wore a bandanna in his back pocket and chucks (this was before they were trendy). 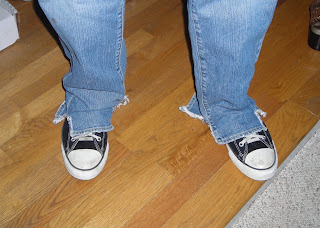 Before we became friends, my family came to eat at the restaurant one day, and my mom, aunt, and granny seen David and said…


I think my exact words were, “Ugh, that’s just David. He is such a dork.”

They thought he was just oh, so cute. Mom still says she knew we were going to end up together.


Anyway, our first one-on-one conversation was outside on the curb next to the restaurant. He launched into this insane story about him and his friends and I looked at him like he was nuts (I think it involved a power outage).


After that conversation, I remember thinking to myself…. Hmmm, this guy is kind of interesting.


I was all “anti-dating” at the time… so we just started hanging out as friends.


This is our first picture together... (let's not even go there about my hair). 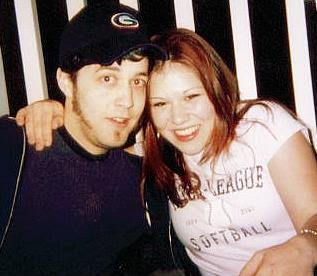 The more I learned about him, the more I liked. He had the same friends since forever, a really tight-knit group (they all met in youth group). Him and his bffs used to sit up at waffle house until like 5 in the morning just hangin out, playin cards (or other ridiculous games). At first I thought this was really weird, but then after hanging out a few times with them, I saw the appeal.


They were all in a rock band called Anthem, and the first time I went to see them play I was blown away (what is it about a guy that can play an instrument??). 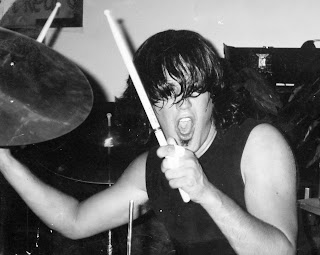 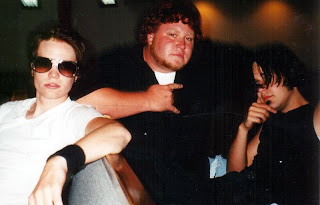 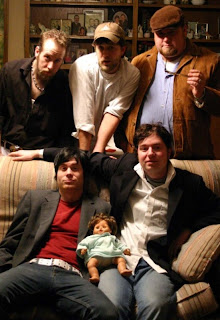 Grown-up Anthem (goose is in the back-middle)


But I realized he wasn’t exactly the “musician” type of guy (not meaning that in a bad way) but he is totally left-brained: very logical, down to earth, responsible, and really book smart.

Then, I found out that he had been in college for computer networking and I was like, "Whaaaaat? You? Really?"


So basically he was this dorky, cool, smart rocker with a thing for technology. 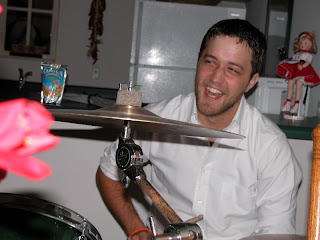 I think what really attracted me to Dave was that he was very laid back and completely unpretentious. I have never seen him try to be something he is not, or try to do something stupid to impress someone else. Even when I made fun of his clothes, or his ridiculous pork-chops, he just laughed. He hardly ever drank, he wasn’t a “partier” which was completely different from the guys I was used to hanging out with (I was a disaster as a teen but that is a story for another day). He had high standards and strong moral values. He was completely secure and comfortable with who he was. That is a quality I was so envious of then (and still am sometimes).


We finally started dating and somewhere over the next few months we both fell… hard.


Our first kiss was on memorial day in my explorer in the waffle house parking lot (classy). He also said I love you for the first time in my truck (hmmm, maybe that is why I don't ever want to get rid of it...) 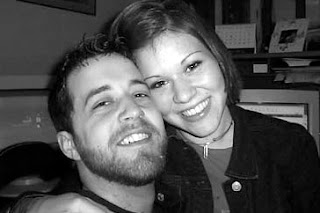 We were complete opposites... but it worked.

Stay tuned for PART TWO: The Proposal Story... (guess who asked who to marry them?)