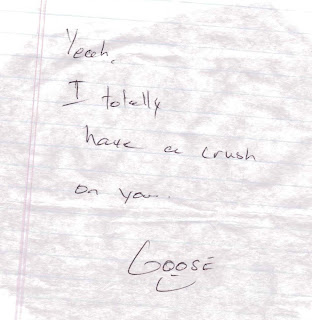 
Sorry this is so long.... I just have too much fun writing this stuff (and all three of the boys are actually taking a nap for once)

Okay… let me back track for a second and let you all in on a little secret. When Goose and I first started hanging out, I learned that he had just gotten out of a serious relationship with a girl he was apparently "oh so in love" with. The girl had ended it with him, so enter “heartbroken” Goose.

(was he really this skinny??) 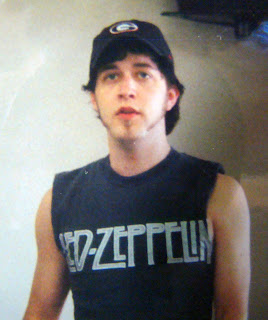 As I was writing this little story, I realized what that made me… That’s right ladies and gentlemen…

I was the Rebound Girl.

I wonder why I never thought about that before (although 5 years of marriage behind us, who cares).


There was a little incident regarding said “heartbreaker” when she showed up at his house to give him a “deargoose-whydidieverbreakupwithyou-imissusomuch-pleasesayoustilllovemetoo” birthday card... at one in the morning.... after learning he was dating another girl.(why does that always happen? Guy starts dating someone else; he becomes Mr. Wonderful again?)

Anthem was playing shows and I loved watching Goose on stage (btw, I seem to have lost ALL my pics of Anthem playing, like the whole band together, someone please send me some...this means u Dorris') 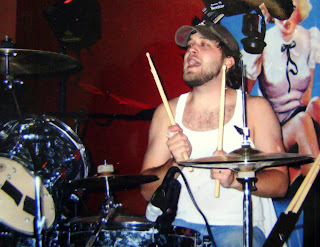 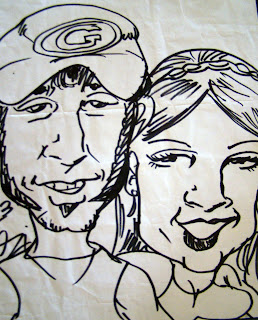 ( I didn't realize Goose was such a redneck and that I looked like Dolly Parton back then... but hey, I still love it)

Anyway, Goose and I were at the amazing, head-over-heels, making everyone around us sick stage of our relationship (we had been dating about 7 months). 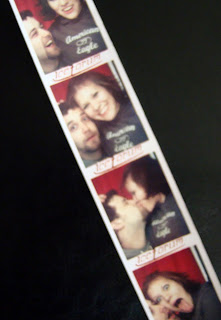 One day, as we were riding in his car, we got on the subject of marriage somehow,
and I jokingly said,

“Would you ever marry me?”

He thought about it for a second and said, “yeah, I would.”

Whaaaaaaaaaaat? My eyes got as big as quarters and I said (in a really high-pitched squeaky voice),

See, Goose was not the type of guy who said what I “wanted” to hear, he didn’t have an ulterior motive or any other reason to say that... I was just expecting a goofy, joking answer, like “sure, let’s go elope right now” or something sarcastic…

He was actually being honest and that freaked. Me. Out.

But in a good way.

I suddenly started thinking about stuff I had never thought of before. I was soooo not the marriage type! I honestly didn’t think I would ever get married or have kids (haha)…

I never pictured my dream wedding, or babies, or the perfect little house. It just was not in my view of the future whatsoever. And that suddenly changed… getting married didn’t seem like such a bad idea.

We talked about it a little more and realized we really did want to marry each other… like yesterday.

We got “officially” engaged after 8 months of dating...(That might seem irresponsible and I guess it is. You need more time to get to know someone… bladdabladdabladdaaa but okay, from the age of 13 to 20, I did not use logic to make decisions).

Since we already knew we were getting married and had looked at a few rings, he didn’t really know how he would be able to “surprise” me with a proposal.


So one day he secretly bought a ring and called a friend that I had plans with. This friend was instructed to tell me to meet up at the restaurant where we worked so we could carpool to go shopping.


As I got out of my truck to get in with my friend, Goose was bent down behind my explorer on one knee. (again, I don’t think I could ever get rid of this truck). 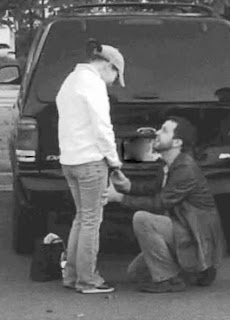 My favorite part of the whole proposal was telling my family about it. We made the big announcement on Christmas Day 03’.

but it was empty.

You should have seen everyone's faces. They were totally shocked that me, little miss Anti-love stuff, was getting married...

There was one small detail I over-looked though: The three other young couples in my family had been together a LOT longer than Goose and I had and were not yet engaged…


I seriously had NO idea that some of the girls might be a little aggravated that Dave and I were engaged after 8 months and they had been together 4+ years… Don’t get me wrong, they were all totally happy for us! … it just added a little pressure on the guys. =)


These pictures from that night crack me up... (notice all the guy’s faces) 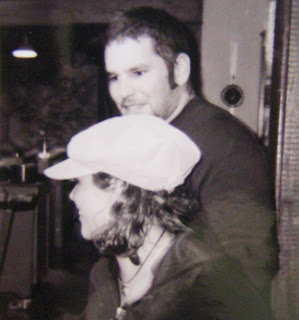 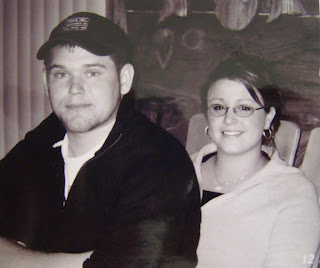 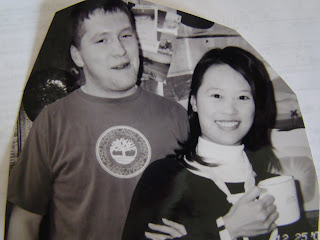 That night was awesome… for us anyway! =) 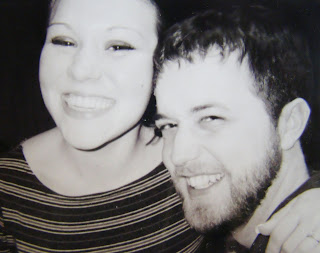 
BTW- all the couples are happily married now… we had 4 weddings in 2 years... It is now a running joke with all the guys... Goose "started" it... love you guys!!

If you are not totally bored out of your mind by now...

Stay-tuned for Part 3: The Engaged Story... (including my Bride-to-be meltdown)